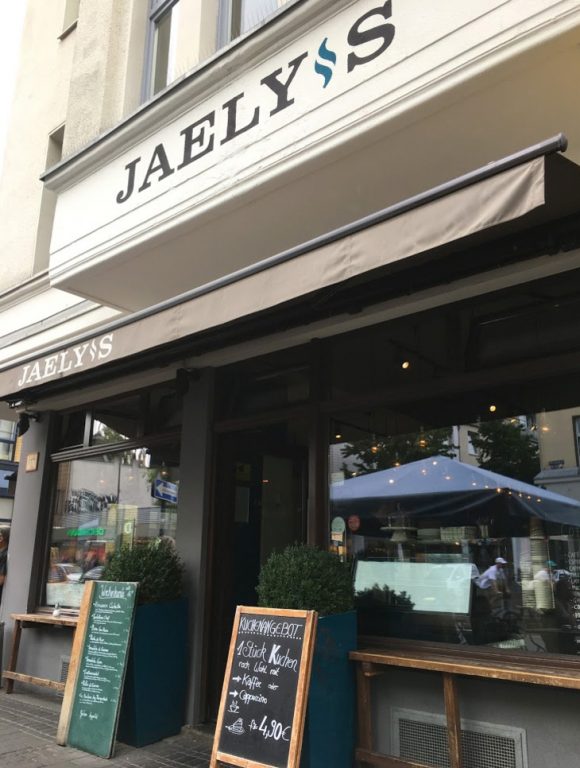 The name of my friend’s restaurant was given and not necessarily easy to read nor to pronounce. On top of that the signage areas on the building’s facade were very narrow. So I decided to focus on the word and letters itself when redesigning the logo.

I wanted them to be bold and readable from far yet elegant and characteristic. A „dot on the i“ was missing but instead I had an apostrophe to work with … which turned out pretty well.

No matter what’s written as long as you see the striking font combined with the petrol coloured symbol, you know it’s Jaely’s 🙂