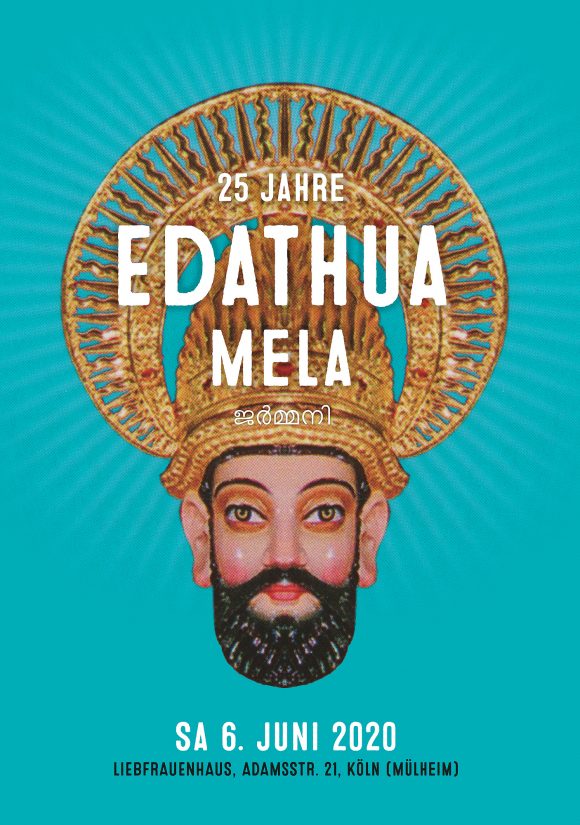 25 years ago my dad and his other friends in Germany who grew up in the same South-Indian village called Edathua started organising an annual function in Köln to pay tribute to their mutual hometown. For the upcoming silver anniversary the organising committee asked me if I could design a key visual showing St. George. I did it as a favour for my dad. But thank God (pun intended) I made them agree to give me total creative liberty because I knew they will find my design too ‚plain‘.

St. George is the patron of the church in Edathua. Situated in the idyllic backwaters region of Kerala, the massive shrine built more than 200 years ago resembles the churches of medieval Europe.

The famous Christian saint is most commonly depicted as a knight mounted on a horse and in the process of spearing a dragon. Even as a child I felt that the St. George statue at Edathua church miserably fails to express the martial and heroic image he is known for. His horse looks like a sausage donkey and the dragon like a ugly oversized seahorse. But somehow I always felt amused when looking at the friendly face of the statue, most probably because of Georgy’s red cheeks, his jug ears and stoned looking eyes 🙂