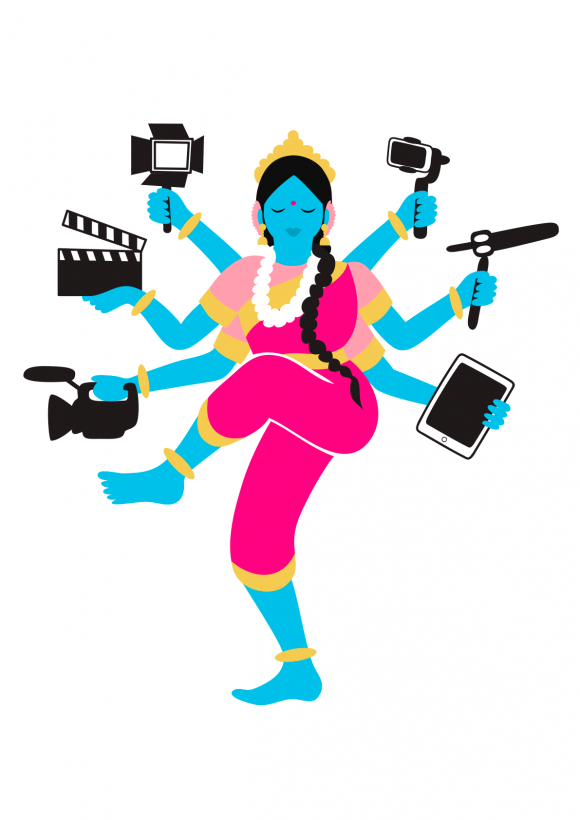 As an official extension of the festival, I’m hosting the New Generation Independent Indian Film Night every year since 2014 at Filmclub 813. So this year was Cologne’s 5th and Frankfurt’s 10th anniversary.

Based on the character that Costanza Coletti and me came up with for the INDERNET exhibition, we’ve created the new art work for the film festival. This connected concept will definitely be continued in future.

In Cologne we showed the powerful music documentary about M.I.A. and the award-winning tragicomedy Love and Shukla.