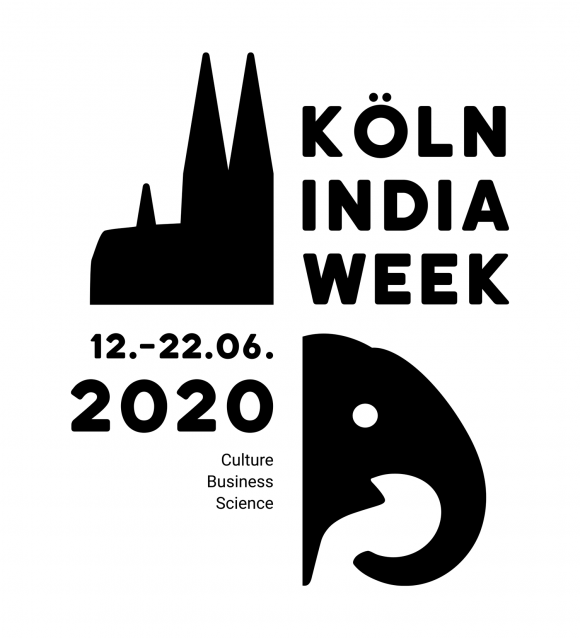 The Köln India Week, which takes place for the 12th time in a row this year, deals intensively with the bilateral relations between Germany and India through a variety of high-profile events from culture, business and science.

KölnBusiness the main sponsor of the event assigned me to come up with a striking key visual and fresh new look for the annual event.

I liked the dynamics of my initial draft a lot. But the eagle which is even part of our official city emblem was eventually perceived as „too martial“ by the city officials 🙂

Let’s play safe and go for the most common symbol for Köln then. „Kill your darlings!“ as my business partner Sagar kept telling me when I was younger.