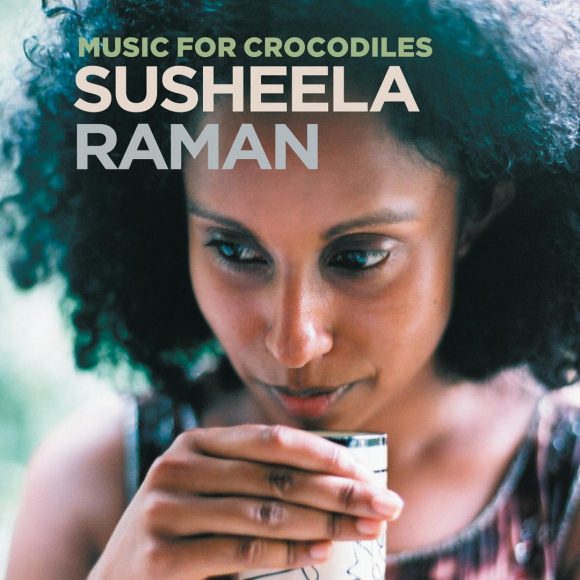 How do you like Germany? What’s your personal impression of this country?

Well I haven’t been here very much to be honest actually. I mean I’ve played once in Köln about ten days ago so I think this is really the beginning. It’s the first time we have a promoter. I think it’s really too early to say.

You were born in London, raised in Australia and you have even studied in India for a couple of years. So which country or city do you consider as home? Is there any place where you feel 100% comfortable and belonging to?

It’s difficult to say. I’m very English in the sense … because I was born in England and I live a very English life. But at the same time I know that there are things missing in an English society that you have in India which are very rich and quite deep as well. I think nowhere is really perfect. I think you sort of … you make home with people.

What do you hate about India?

And the other thing I really hated was the BJP and the BHP. I think that was a really evil and very dark period for India. But I do believe that the present goverment is certainly taking it into a better direction so I feel positive about the steps they’re making and the programs they’re putting in place.

What is your favourite environment or place where you chill out or write songs?

So many different places actually. I love natural landscapes. We were in the German part of Switzerland last week near Zuerich in a place called Stanz and that was very very inspirational … mountains, snow capped landscapes, lakes, rivers. I’m going to Iceland next week. I’m really looking forward to that as well.

They vary but I think what I do is try to get in touch with some really basic human emotions and trying to access deeper levels of emotions through writing and that writing could be about exploring many themes. Like the last album had various themes. One song was about the suicide of a close friend and then another song was about the search for identity and being lost in a big city.

Most of your Indian songs are interpretations of traditional ancient songs from South India. Have you written own Indian lyrics for any of your songs as well?

Yeah in Salt Rain I wrote a song in Tamil which was the title track. I haven’t gone back to writing in Tamil again because I’m concentrating more on writing in English now. The reality is actually I can express myself better in English than I can in Tamil.

There is even a French song on your latest album. How come you speak French and what’s your link to France?

My link to France is I started to work with a lot of musicians who were based in France. A lot of them are of African origin and I learned French with them. But that particular Song was written by an Afghani poet called Barmak Akram. We came across this poem and were quite strucked by the beauty of this poem. Mainly because of the rhythm but also because I liked his language. He’s been very influenced by a lot of Sufi and Farsi poetry and I could hear that very unusual rhythm in the lyrics in French. And it was very different to say a very literal french person writing in French. So there was something which was resonated with me because of my own history. Because this guy had actually come from Afghanistan when he was quite young and come to Paris when he was thirteen. So his writing reflects a lot of stories so that was very appealing to me.

What is the album title Music for Crocodiles supposed to mean? Is it about being very hungry for music?

Well there are several reasons. Yes one is being hungry for music. The second …. well the song came about because … we were in India near my parents place there was a crocodile farm and there are just masses of crocodiles lying in this enclosure. We had a kind of existing rhythm and the visual was so strange that it immediately clicked … oh this has something to do with this rhythm we’ve been working on already which is a strange asymmetric rhythm which is also similar to the motion of crocodiles when they walk. But also an important reason is because a lot of people think Indian music is like something sort of really ethereal … you know… oh we gonna float in the clouds now. And it’s really not true. It’s like some kind of wharped idea of India. I mean we do have classical traditions and those have been very beautiful and in fact those classical traditions are the ones which have been pushed in the west. And you know when people think of Indian music they think of North Indian classical music but actually if you go really beyond that you can find that there’s a lot of very primal essence. You know something sort of very deep and connected to the earth. And so crocodiles are very close to the earth which is more like about what my music is. It’s not kind of … you know … put on your bubble bath and float away. It’s quite visceral.

Are you expressing yourself through your music in a more intuitive way or do you consciously plan and arrange your music?

What do you think of the term Worldmusic and what preconceptions about music from people with multicultural background would you like to change?

Well I hate the term Worldmusic. I’m sure Nitin would agree as well. It’s a ghetto and once you’re in it it’s so difficult to get out of it because it’s almost like a desease. You know…its almost like world music means you don’t have access to the main stream, so you can go over there, this is where you are. I think at some level to define a genre, it makes more sense if you would say, like really traditional music like from somewhere in rural China, you had a guy playing a one string fiddle, this maybe you can call world music. But I think for people who were born and raised in urban cities and are doing something really boundary crossing and really pushing forward and trying to make a statement, for these kind of people it’s not fair to put them into this category. Because I don’t think we want any favours we wanna be put up against the best people who are making contemporary music in that country rather than sort of being sidelined into a corner.

Are there any special musicians or artists you would like to collaborate with in future?

I love Bjoerk. I think she’s a wonderfull singer. I would like to do a duet with her maybe.

Do you consider to explore different fields of art besides music as well or to combine your music with different forms like film, theatre or even dance?

Yeah I’m doing some experimental stuff actually. A friend of mine she’s actually a dancer she has recently got into filming dance. Mainly out of a frustration cause she didn’t see that it was filmed properly. She never saw it represented in the way that she’d like to see it so the only thing she could do was pick up the camera. She’s doing some very experimental things. We’ll be doing some recording soon in Iceland and she’ll be coming to film that. I don’t know where that’s gonna lead but that’s a start of something.

Your parents live in Tamil Nadu. So are they also into music and what made them go back to India?

They’re very into music. They’re strongly involved in Tamil culture and I guess they went back because that was where they grew up. I guess that was their home. I think a lot of people leave with that dream you know … that they’ll go away, explore and be away for a certain period and then return. But then a lot of people are not able to fulfill that. And I think that they just made a decision to go. And they’re very happy.

As a kind of internationalist what would you suggest to young people who are growing up multiculturally and are torn between cultures to find their own identity?